a remarkable destination around eastern Nepal on the foot hills of Mt. Kanchenjunga 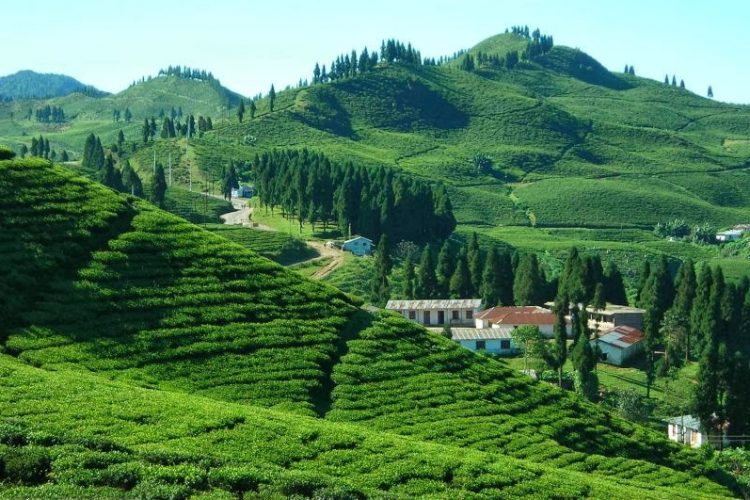 a marvelous destination on the foot hills of world 3rd highest Mt. Kanchenjunga,
on the least visited areas by foreign travelers around far eastern Nepal,
exploring interesting culture of eastern hill villages in the shade of snowcapped peaks,
panorama of world highest mountain during scenic flights to and from east Nepal.

This nice and pleasant journey leads to elevation ranging from 140m to 3,636m above the sea level, Ilam is one of the untouched destinations by western travelers, renown for tea production, Ilam is a small hill town with perfect landscapes of sloped tea gardens, mountain streams, dense natural forests, holy sites and a unique culture.

Antu Danda Ilam tea garden tour area regarded as one of the richest districts in Nepal in terms of its cultural diversity, natural landscape, and flourishing cash crops sector. Besides, it is also popularly known as the place of botanical and anthropological research.Brahmins and Chettries are the dominant ethnic groups living in the area with Kirat Rai-and Limbu, other few tribes residing are Tamang-Gurung and Magar people.

One can find a Lepcha museum at Antu. No doubt, Ilam reflects rich cultural and social heritages of people living in harmony.

Antu Danda/Shree Antu at 2,328m offers spectacular views of the sunrise and sunset over the eastern Himalayas. Situated at a distance of 3 hr. drive from Ilam Bazaar, Shree Antu also offers home-stay facilities. Similarly, Maipokhari is another attraction of this trip. Popularly recognized as a religious and historical spot, Maipokhari at 2,121m, a pristine lake surrounded by dense forest of fir, juniper, birch, pine and a variety of flora and fauna is considered as the sacred abode of Goddess Bhagawati.After a marvelous tour of far eastern Nepal return back to Kathmandu by scenic flight with memorable moment around Antu Danda and Ilam Tea-Garden tour.

Day 01: Arrival in Kathmandu and transfer to hotel.Day 02: In Kathmandu full day tour at places of interest.
Day 03: Fly to Bhadrapur 3000 m and drive to Ilam town – 04 hrs.
Day 04: Drive to Maipokhari and back to Illam Bazaar
Day 05: Drive to Shree Antu
Day 06: Drive to Bhadrapur for the flight back to Kathmandu
Day 07: Free day at leisure.
Day 08: International departure for home ward bound.

Note: Instead of fly you can drive all the way from Kathmandu and back to Kathmandu. Please contact us, we can customized your trip.

On reaching Kathmandu international airport, View Nepal guide / staff receives you for a short drive to respective hotels around Thamel area, a tourist hub of Kathmandu.

After getting refreshed our guide will brief regarding hotel, Kathmandu with Antu Danda and Ilam Tea Garden tour, includes welcome dinner in an authentic Nepalese restaurant with culture program.

Our interesting tour starts with a short drive, then visit around Kathmandu at places of great importance, morning tour covers visit of famous Hindu Temple Pashupatinath Temple with golden roofed pagoda, from here tour of beautiful Bouddhanath huge Stupa, The Bouddhanath Stupa believed to be incarnation of Dharmakaya (Buddha mind) and hence an object of devotion for all Buddhists. The Stupa built in traditional Nepalese architectural style consists of a raised platform this place is also known as “Little Tibet”.

Afternoon short drive to Swayambhunath, a popular and famous pilgrimage sites for Buddhist and Hindu as well. An ancient Chaitiya of Asia and a major symbol of Nepal’s Buddhist heritage, Swayambhunath represents Primordial Buddha or Adi-Buddha.

Morning as per the flight time transfer to Kathmandu domestic airport for scenic 45 minutes flight to Bhadrapur, low lands of Eastern Nepal from here drive to hill town at Ilam famous for teas with vast field of tea garden.

Day 04: Drive to Maipokhari and back to Illam Bazaar

Morning drive to Maipokhari from Illam Bazaar, the journey takes one and half hour on normal drive, with time at Maipokhari area for 2-3 hours and taste fresh home made tea at Maipokhari, visiting the tea factory on the way back to Ilam Bazaar.

Morning drive to Antu Dada for view of stunning sunrise with visit of Lepcha museum at Antu Dada, with ample time to observe the local life and its local culture and tradition.

Day 06: Drive to Bhadrapur for the flight back to Kathmandu

Morning after breakfast drive to Bhadrapur for the flight back to Kathmandu the flight from Bhadrapur to Kathmandu which takes less than an hour, a panoramic view of the snow capped can be seen from the plane. Arriving at Kathmandu domestic terminal, View Nepal Trek staff transfers you back to respective hotels.

A free day in Kathmandu, for shopping souvenirs on this free day you can book for another sightseeing tour also.

Last day in Nepal as per your flight time transfer to Kathmandu international airport for flight back to you home countries with great experience around Nepal Antu Danda and Ilam tea -garden.

Note: Itinerary can be customized according to your needs and length of stay.