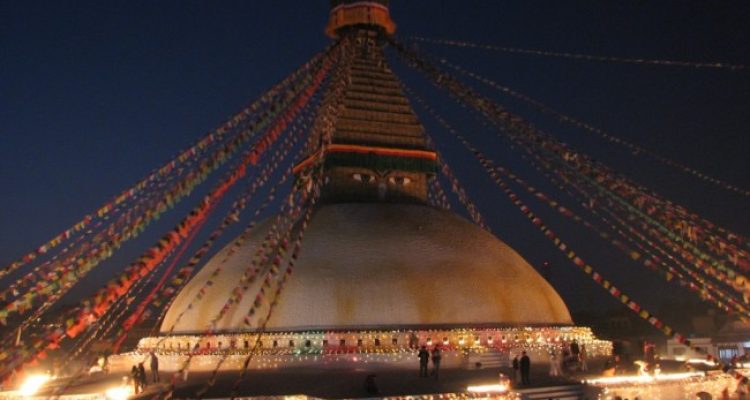 Our interesting Nepal Tour Packages es are of half day (3-4 hrs) to full day (4-5 hrs) for interested people we can provide from day to a few days more around Kathmandu valley at places of immense interest.

The Kathmandu Valley an exotic setting, 25 centuries back it stood as a large lake. Surrounded by Green High Hills with views of snowcapped peaks, it consists of four major cities carrying great historic, artistic and cultural interest.

Hanuman Dhoka:
This falls to be the historic seat of the past royal, belonging to Malla dynasty.
The Durbar Square, which is itself the old Royal Palace Complex dedicated to the Malla monarchs, is today classified as a World Heritage Site.
Temple of Kumari:
The temple and residential quarters of Chaste Virgin Living Goddess called KUMARI. The traditional building has profusely carved wooden balconies and widow screens.
Kastha Mandap:
Located near Temple of Kumari, a unique wooden temple also known as Maru Satal. It was built in 1596 A.D. by King Laxmi Narsingh Malla.
It is believed that Kathmandu derived its new name from this very 'Kastha Mandap.' (Temple built from the wood of a single tree).

National Museum:
Situated two and a half kilometers west of Kathmandu City, the National Museum has a splendid collection of arms, artifacts, statues, etc. from ancient, medieval and modern Nepal.
Natural History Museum:

Situated 3-kms west of Kathmandu City near Swayambhunath hillock, the museum has a unique collection of butterflies, fish, reptiles, birds, mammals, plants and a variety of fossils collected within the country. Photography inside the museum is prohibited.

Pashupatinath Temple:
It is pagoda style Hindu temple with gilt roofing and richly carved silver doors dedicated to Lord Shiva and are situated at the bank of the holy Bagmati River. One of the most sacred temples in the entire Hindu world, Pashupati Nath Temple is the nerve center of pilgrimage on the day of Shivaratri.

Swayambhunath (Monkey Temple):
A 25 centuries old Stupa, stands as one of the world's oldest Buddhist Chaityas. The Great Stupa of Swyambhu is the wonder that was Nepal listed a World Heritage for Site.

Bouddhanath Stupa:
An ancient colossal chorten built in the 6th century A.D. by King Man Deb. It rests on a series of three terraces and from the bird's eye view it takes the relevant shape or of a lotus flower which indeed remains a very holy object for all the devout Buddhists of the world.

Budhanilkantha:
Situated in northern suburbs of the Valley just at the foot of Shivapuri hills, this is an enchanting Hindu temple dedicated to Lord Bishnu Narayan. So the locality is also known as Narayanthan. He lies on a bed of serpents amidst the pious pool and seems to float on water.

Sankhu:
This is a peaceful small town the old name of which goes Shankharpur according to classical Sanskrit. The current name as referred by the local citizens goes Sakwo as well. It is situated at the northeastern corner of the valley and served to bet the exit point to Lhasa of Tibet in the earlier days.

Tour of Patan (Lalitpur) & Bhaktapur:
A mystical and medieval period cities blending with modernization, where one can witness old culture and traditions as it was past centuries that still exist.
An interesting and fascinating tour in the heart of old part of Patan and Bhaktapur cities, where one can observe the ancient Malla period fine architecture buildings and monuments.

Patan or Lalitpur meaning city of arts:
Patan with old Palace area with courtyard (Durbar) and tall terracotta building, impressive intricate window carvings, and the huge stone Krishna Temple in the front pillar of Garuda a vehicle of Lord Vishnu and Lord Krishna.

Bhaktapur / Bhadgaon meaning city of devotees:
Kathmandu valley 3rd largest city, this medieval city at one time capital of Nepal during the regime of Malla period around 12th to 15th century. 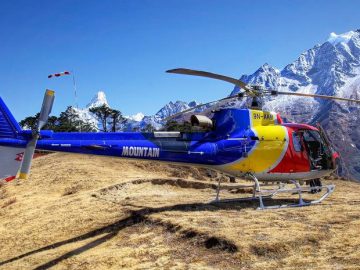 The Everest Helicopter Tour kicks off at the Kathmandu Airport. When the helicopter takes off… 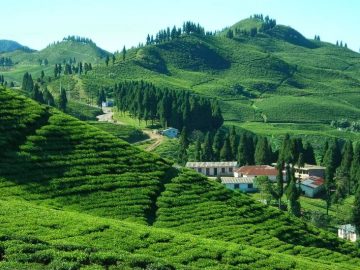 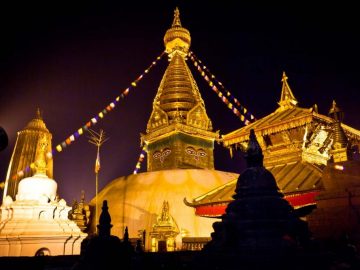 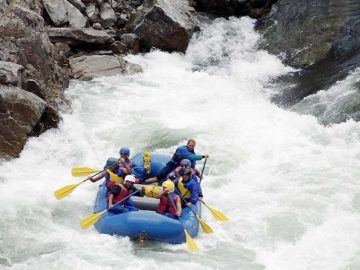 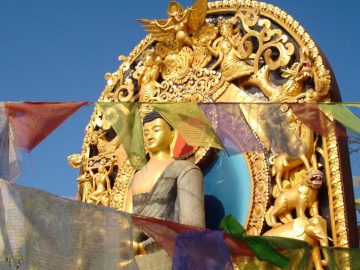 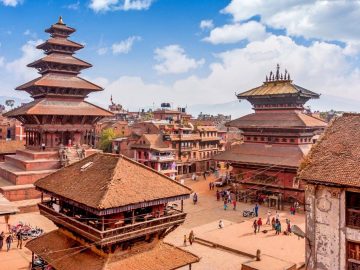 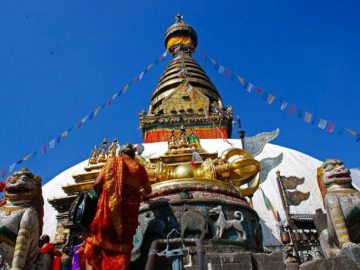 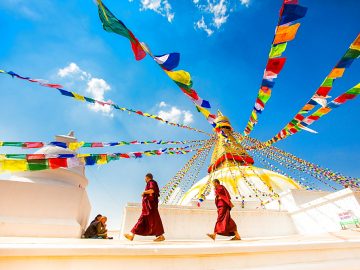