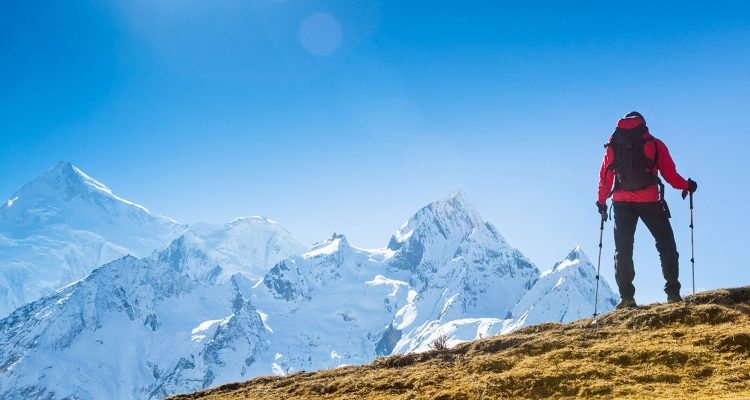 Nepal a country of great fascination with varied Himalayan destinations from adventure sports to cultural and heritage sites.

Nepal located on the laps of Himalaya within world highest mountains which include Mt. Everest, Kanchenjunga, Lhotse, Makalu, Cho-Oyu, Dhaulagiri, Manaslu and Annapurna mountain range with hundreds of smaller peaks that lines the border with Tibet / China.

A rectangle shaped country sandwiched between India towards south and Tibet / China in the North with an area of 147, 181 sq. km.

Nepal for a small country with various climate forming a dramatic different change in  landscape from lowland of Terai towards South-the Mid Hills (Churia Hills) the high hills of Mahabharata and to Greater Mahabharata (high mountains) to giant Himalaya range.

Making the country, a most sought travel destination with great change of temperatures-landscapes from dense forested area where Royal Bengal Tiger dwells to the high mountainous country of Yak and Yeti.

Nepal one of the world's richest countries in terms of bio-diversity due to its unique geographical position and altitude variation, the elevation of the country ranges from 60 m above sea level to the highest point on earth, Mt. Everest at 8,848 m, all within a distance of 150 km resulting into climatic changes from Sub-tropical-alpine to Arctic.

Nepal Capital is famous Kathmandu city (a former Kingdom capital as well) situated in midst of Nepal, population of 23 Million.
Nepal has more than 60 ethnic groups and 70 native spoken languages.

Where Nepali is a national and daily spoken language, however travel-trade people understand and speak English as Well.

The Political System at present a Republic Country with Multi- Party Democracy.

2. Summer: June to August with monsoon raining season lies in the midst of Summer (mid June and July to early September)

Nepal can be visited whole year round for cultural and sightseeing tour. 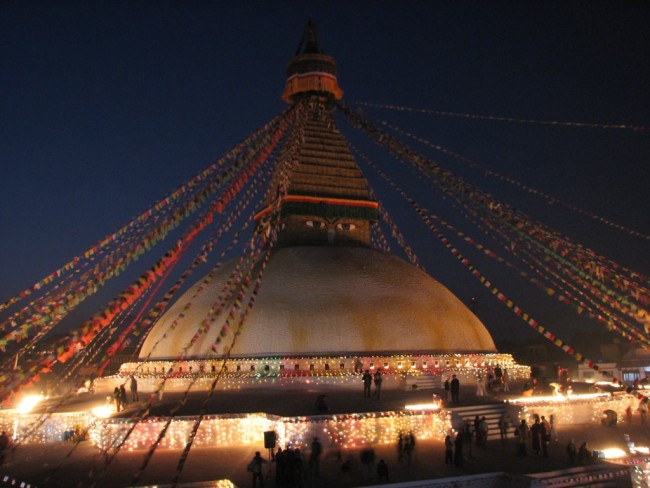 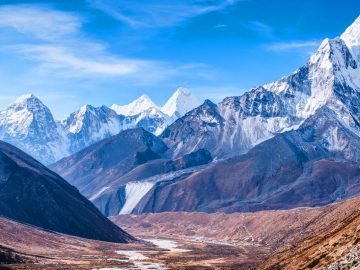 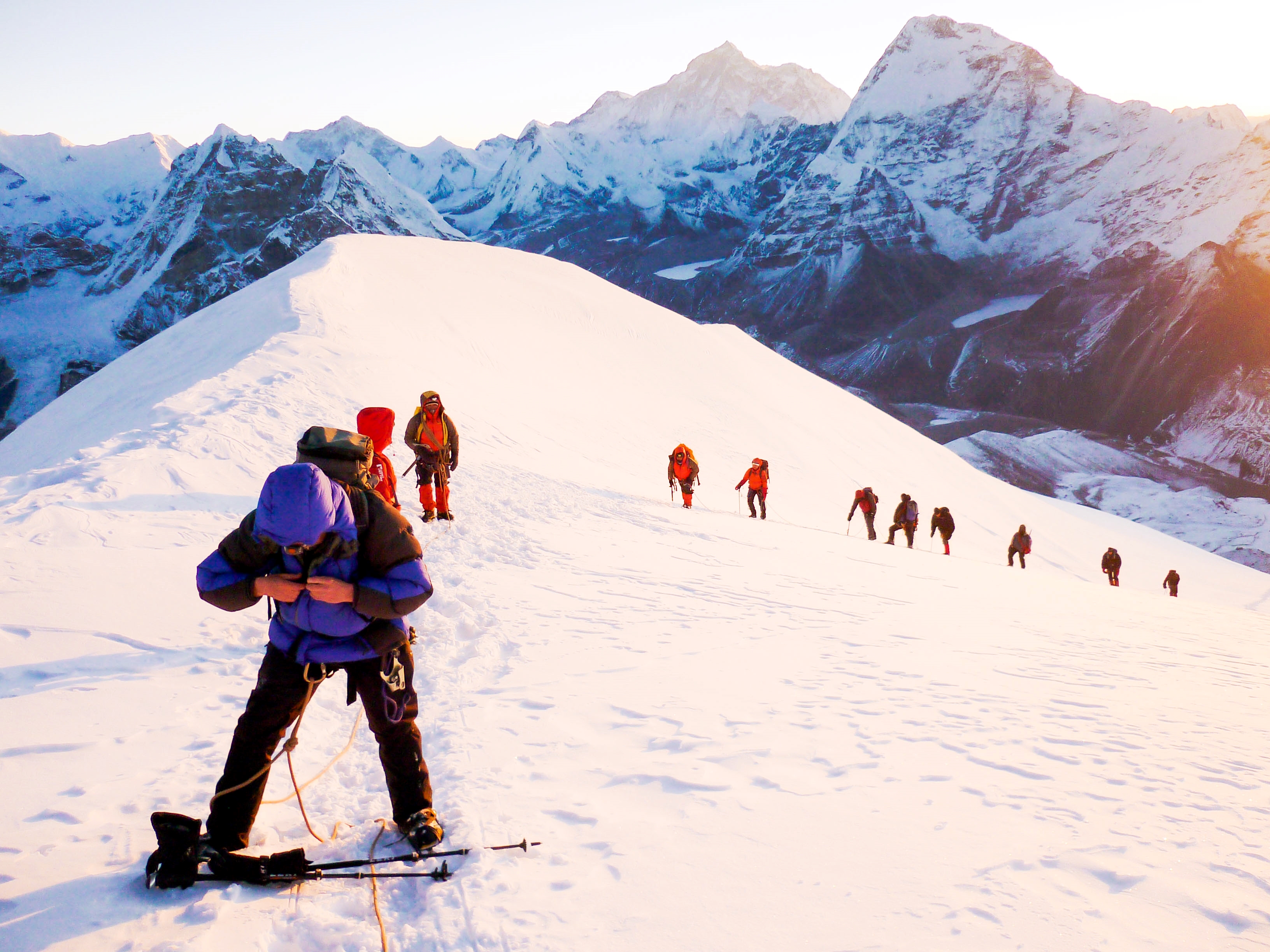 
Peak Climbing in Nepal: Nepal, country of Adventure Sports and cultural heritage has much to… 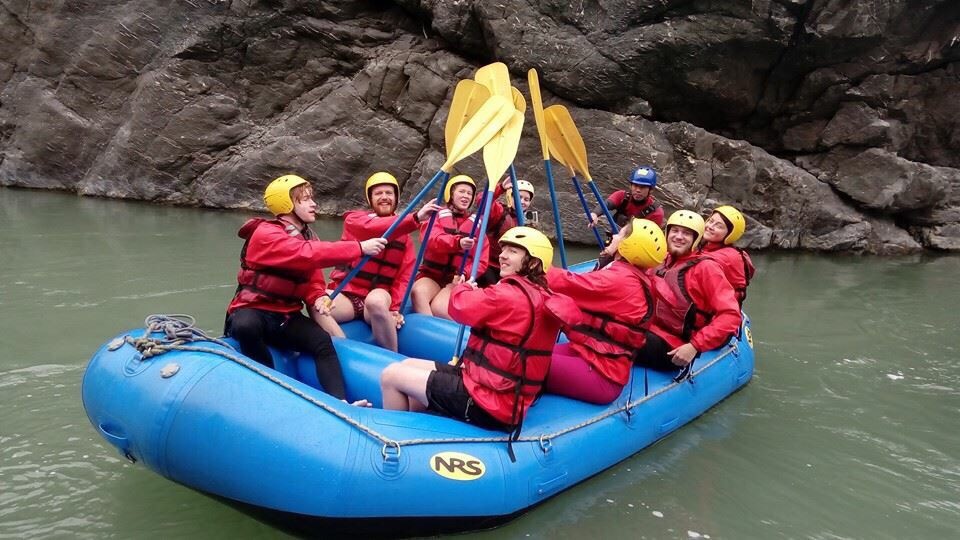 
View Nepal offers Rafting in various Himalayan Rivers of Nepal. One of the most exciting… 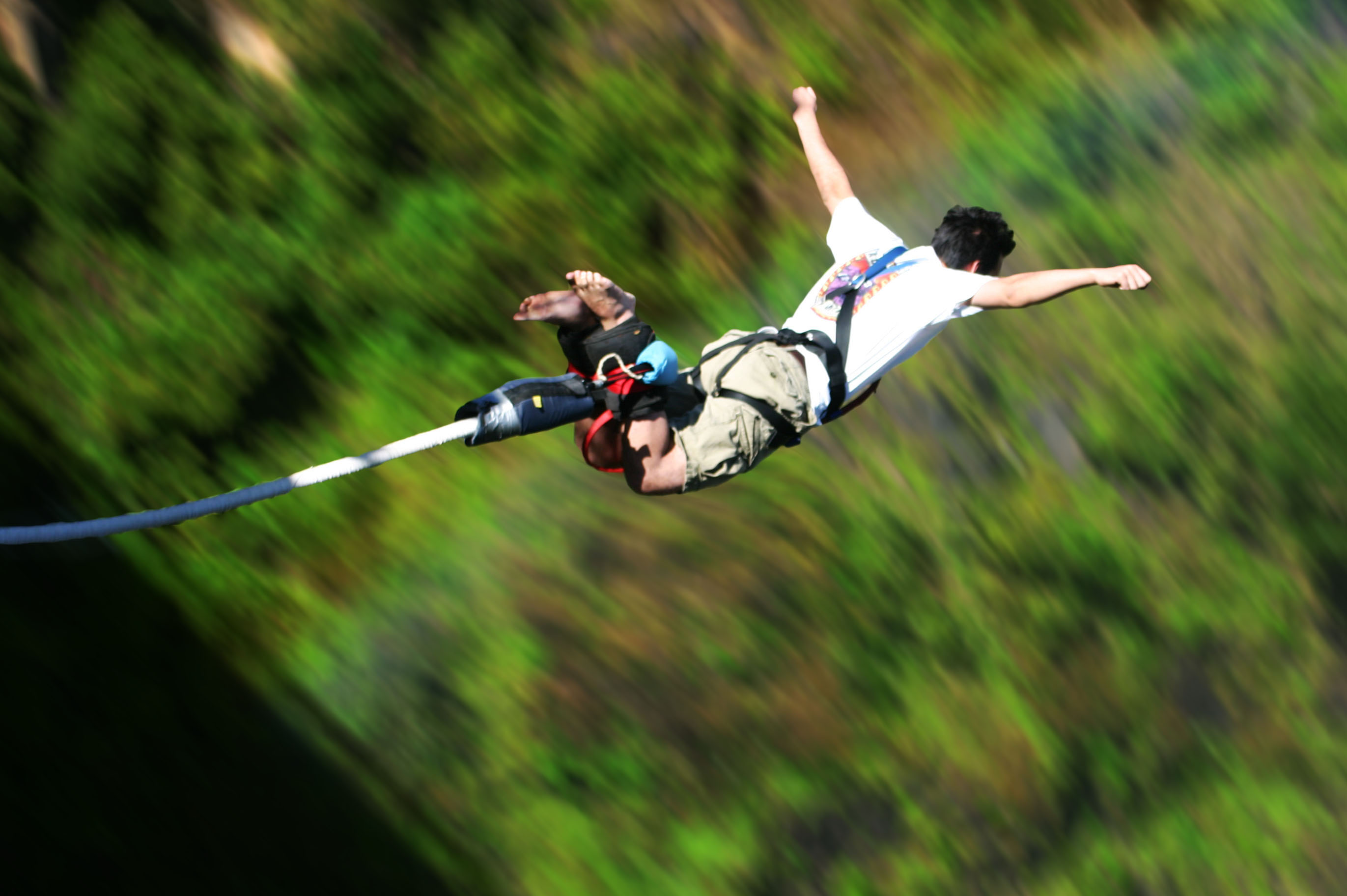 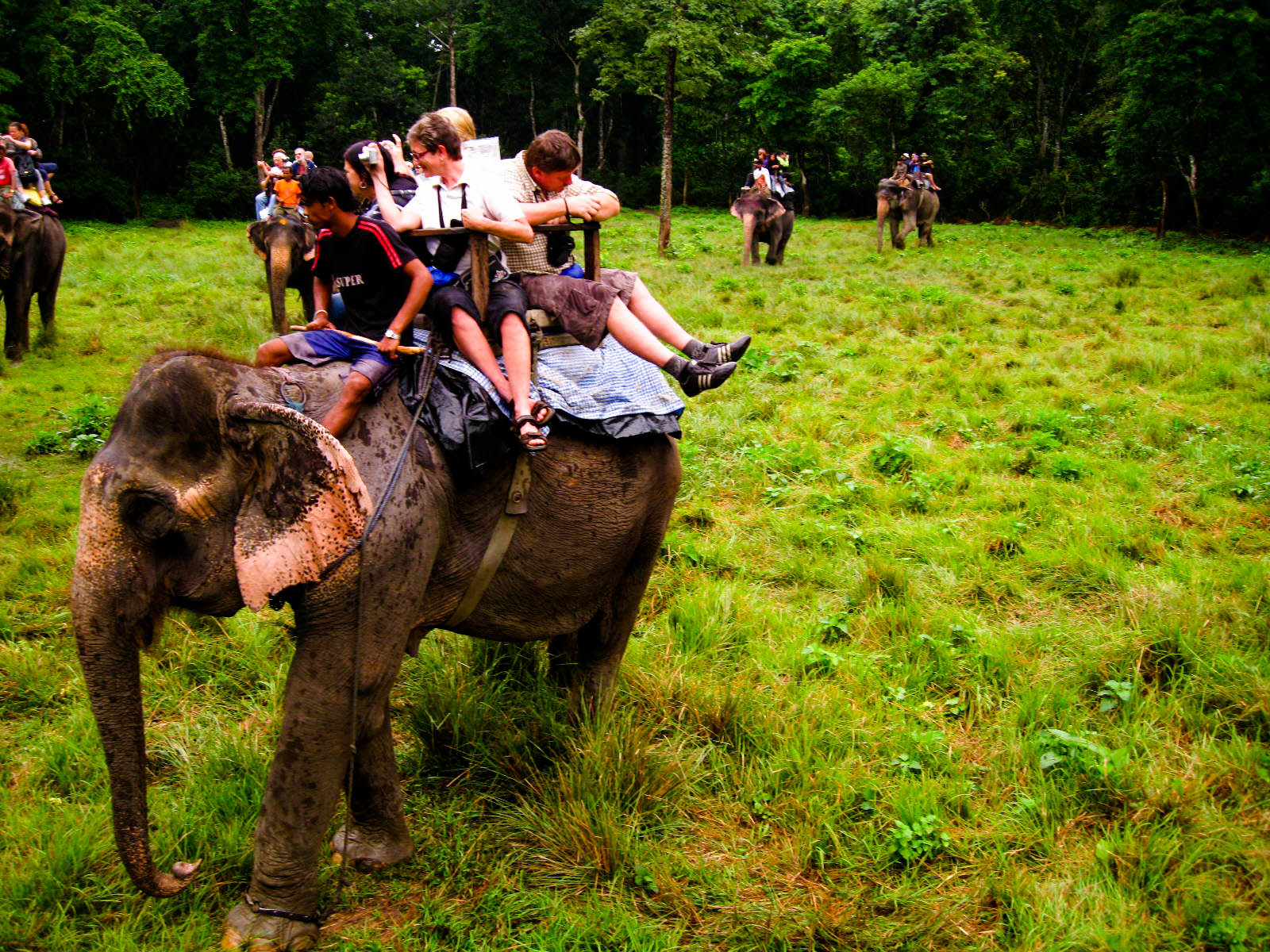 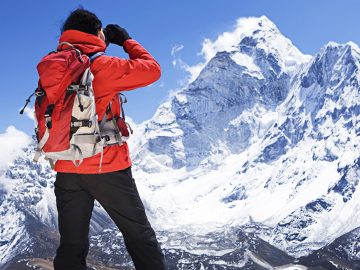 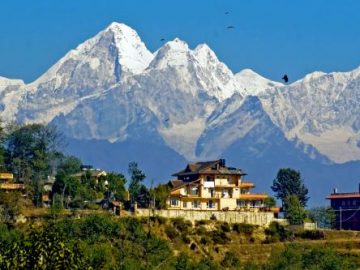 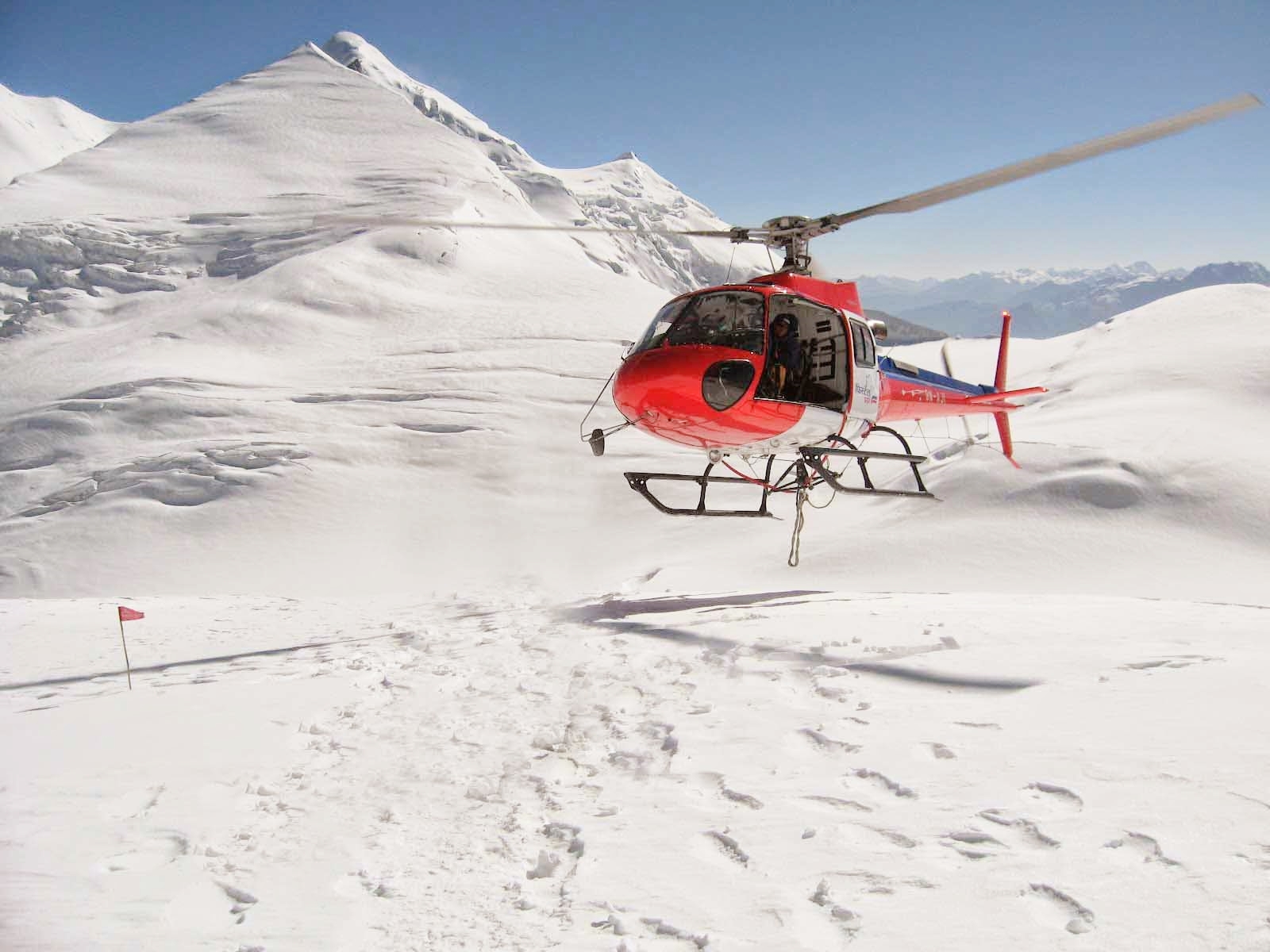 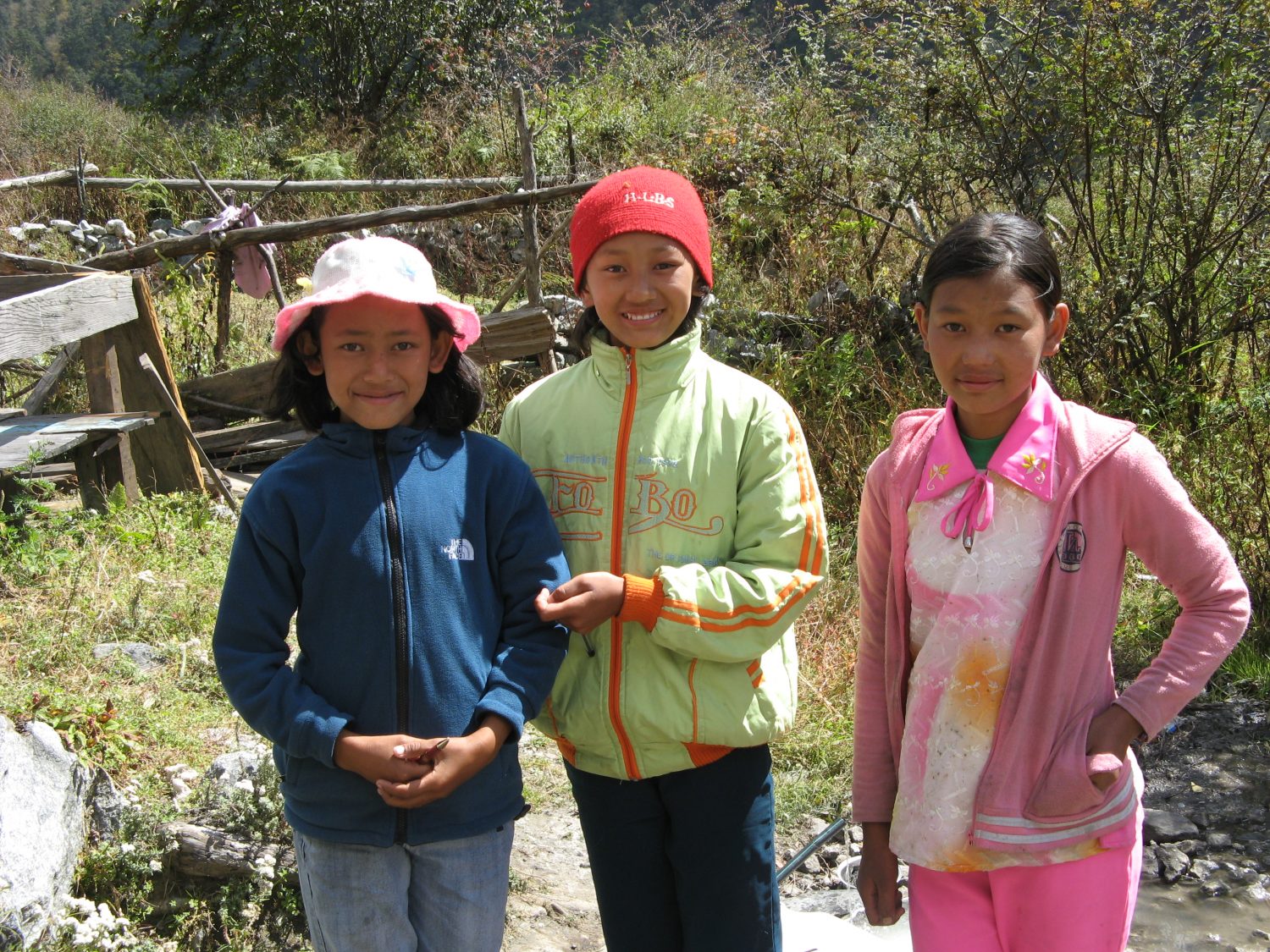 
Highlights: “ trekking and tour for a significant cause with social help around rural villages,… 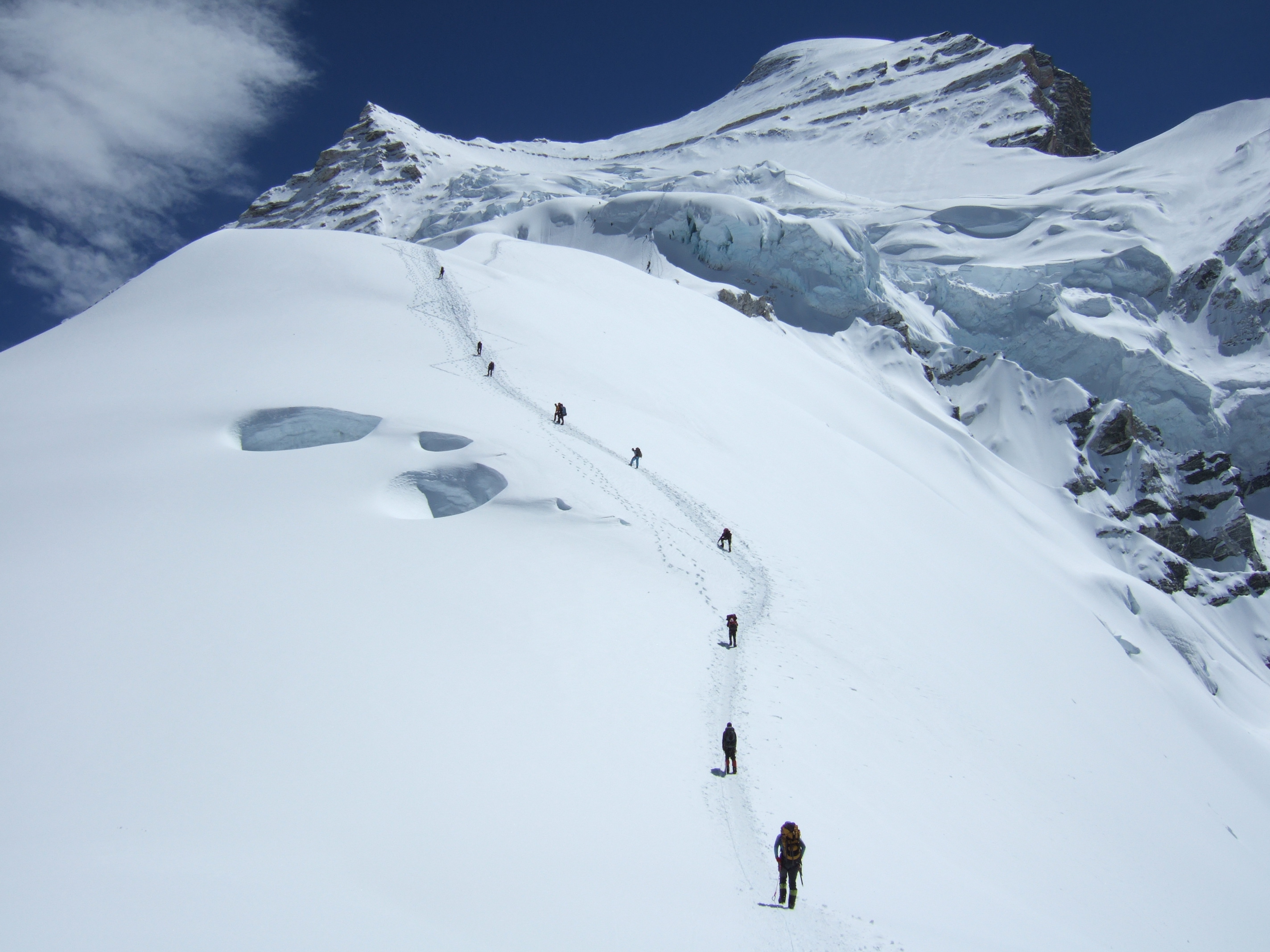 After booking, some may be compelled to cancel the trip due to the personal:

Domestic, medical, health, job or some other reasons, in this case, 25% cancellation fee is applied if the clients have notified us or our abroad agents 2 months in advance before the trip departure.

50% cancellation fee is applied on 2 weeks to a month notice. No refund on last minute or at no show situation.

If the clients have to return or break earlier from the tour, trekking / or any other trips due to medical / physical or personal reasons clients has to bear his / her own expenses on the route of trekking and at the hotel in Kathmandu or in any other final and last main cities before your home departure.

There are no refunds if the company has to reroute to other areas due to unavoidable circumstances and from bad weather.

In such condition the company holds the right and finally assuring in providing you hassle-free adventure holidays and the most enjoyable trip of your lifetime.

We accept your last hour booking in the eve of trip departure with 100% payment (07 days prior to tour starting date only for Nepal Trips, but for trips in Bhutan, India and Tibet will not be accepted as this requires at least 2 weeks in advance prior to trip departure in the neighboring countries.

Payment of the Balance

There is no handling charge for payment by cheque or bank transfer.

How to pay your deposit

View Nepal Treks strongly advise and suggest that all clients should acquire Travel and Medical Insurance, which is compulsory undertaking any tour and treks. It should include adequate protection for tour / treks duration to cover personal injury, death, medical expenses, and repatriation expenses in any means of transportation on emergency evacuation such as helicopter rescue, air ambulance and adequate cover for baggage.

Whilst all our hikes, trekking, tour programs with itineraries where accommodation are all set in respective Hotels / Lodge / Home Stay, Guest House & Resorts even camping in some remote area as per the set program itinerary.

Some days could be longer or could be shorter depending upon the fitness of the clients, availability of vehicle on time, flight delay, cancellation, unfavorable bad weather and roads or trail condition.

In this situation your selected and chosen tour destination may differ from the program itineraries. In rare cases we might even have to reroute or cancel the trips as per the political, riot, bad weather, broken road or trail condition and porter’s situation and condition.

In this case, please bear with us we will try our best to adjust the itinerary trips as best as possible for your convenience.

The company has the right to cancel the trips due to unavoidable condition and beyond our control including if the volume of travelers is less than expected as per the trips selected.

Well fitting, comfortable boots / shoes are to be preferred over training shoes and clothing will be required, for strong hot sun on drive through the lower foothills to freezing temperatures at night in the higher region. Shorts, skirt or lightweight trousers are ideal in the heat of the day along with T-shirt, long sleeved cotton shirts and sun hat. During the evening and the higher altitudes warmers clothing will be needed.  When visiting monasteries and holy places. Short or half pants and short sleeves shirt should not be worn.

Nearly all seasons is suitable for this trek except the monsoon months of July to mid September, March and April will be flowering season where one can be fascinated with wild flowers in full bloom especially the rhododendron flowers of various colors and species.

All tours are escorted by well trained and knowledgeable English-speaking guides. The services of guides speaking other languages (e.g. Japanese, German, Spanish, Chinese, Italian, Russian-Dutch and French) may also be provided with sufficient prior notice and at an additional cost. Group escorts are well versed in their related fields. From trekking-mountaineering, rafting to culture and ornithology to botany, and have the best informed guides. They work with the single-minded objective of acquainting you with Nepal-India-Tibet to the best of their ability.

All the companies are well aware on client’s safety and have given top priority and as well the welfare of the staffs and porters also. We have an up-to-date fleet, comprising coaches’ smaller vehicle and also comfortable 4 wheel drives.

Always leading the scenic, cultural routes to provide absolute wilderness away from the main trails giving new experience to our valuable clients along with our warm hospitality and as well preserving the beautiful nature and its environment from destruction.

We suggest that clients insure themselves against a comprehensive claim policy. Which should also include Helicopter Evacuation if necessary? Please note that all our trips do not include any rescue or evacuation expenses in emergencies.

Any Emergency arrangement required (by any means of transportation including chopper) other than regular straight forward tour / trekking itinerary service should be borne by the client themselves.

We are committed to providing the best services which will give you a once in a life time journey in this connection, we perform our duties honestly & seriously to make your journey very smooth & pleasant. However, the entire program is conducted strictly under the rules and regulation of theirs’ own policies.

View Nepal Treks and its related organization shall not be responsible for any changes in the itinerary due to unavoidable circumstance such as govt. restriction, land slide, road blockage, flood, snow political unrest, cancellation of flight, delay, sickness or accident, any extra cost incurring there of shall be borne by the clients on the spots.

Himalayan climate and around high region can be unpredictable sometimes, even though weather forecasts is fine, circumstances as land-slides, road blockage, flood, snow, political unrest or delay arrival etc.

View Nepal is unable to refund any payment under the above circumstances due to prior supplier arrangements. If possible we will always endeavor to provide you an alternative or substitute trip of same category.

View Nepal does not accept any responsibility for loss on employment, delays or compensation resulting from situations beyond our control.

We reserve the right to revise pricing rates posted in our marketing material, under any circumstances, or on the pressure of various external factors that are further than our control, for instance changes in exchange rate, government action etc.

changes to your holiday and pricing

Travelling with View Nepal Treks requires a degree of flexibility, positive attitude good humor and understanding that some modes of transport, accommodation and itineraries may change, even after the tour has commenced, without prior notice due to local circumstances such as flight delay, cancellation or postponement, road block due to riots and political crises.

A trust and agreement to permit View Nepal Treks may use the pictures, photos or images of you taken during the trip without informing you and as well without compensation to you, for promotion and advertising purpose only through whatever medium it takes place.

An authorized guardian by the parents must accompany all travelers under the age of sixteen, if you have any queries regarding age and suitability, please contact us for further information.

All our Treks and Tours require sound health and level of fitness before signing with the booking with us, client requires should always check with your local Doctor or Physician regarding your health and fitness before the trip departures to Himalayan destinations.

It’s solely client’s responsibility to inform View Nepal Treks of any pre-existing medical condition or disability that might reasonably be expected to increase the risk of your required medical attention, which may affect your capability to travel on the trips booked with us.

A tour / trekking guide representing View Nepal Treks reserves the right and all authority during treks and tours. If one behaves badly and commit any unlawful act, you are compelled to leave the tour / treks. No refund will be made in such condition.

All clients are requested to have a valid passport with at least six months validity from the return date. Nepal visas can be obtained from the Nepal Consulate or Embassy in your country or upon arrival in Kathmandu Tribhuvan International Airport. The costs of Nepalese visas are sole responsibility of clients.